Yoga and Shamanism for Healing and Empowerment 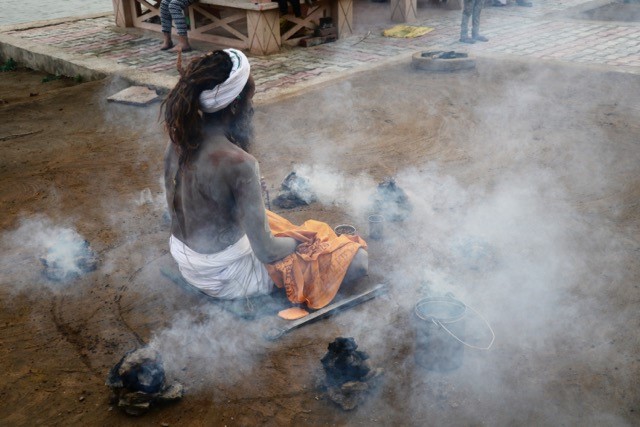 In 2002, Ray Crist, my Kripalu Perspectives guest, was diagnosed with kidney cancer. “I was given quite a grim image of what awaited me,” he said, “namely several surgeries and perhaps not a positive outcome.” At that moment, Ray suddenly remembered a line from the American anthropologist Carlos Castaneda, talking about advice from his teacher and shaman, Don Juan Matus. Matus told Castaneda, “When death knocks on your door, change your address.”

Ray did just that. He eventually found his way to Peru, where he began studying with shamans. Today Ray is not only cancer free, he’s a shaman himself, as well as a yoga teacher.

Shamanism, notes Ray, is the most ancient form of healing. “Shamans treat illness by mending the person’s soul in the spirit world,” he says. “They are intermediates between the physical world and the spirit world; they look beyond belief systems and the world we see.”

From a shamanic perspective, Ray says, “dis-ease” results when we lack balance between the spiritual and material parts of our lives and ourselves. This imbalance can create energy blocks in the body. (Yogis refer to them as “samskaras.”) To clear energy blocks, shamans work in the spirit realm, turning to symbolic practices like fire ceremonies, chanting, rattling, and sand painting. “Shamans work on the subconscious,” Ray explains. “They help people come back to their personal power.”

Ray says there’s crossover between shamanism and yoga because the practice of yoga also clears energy blocks. “All asanas help us stretch our nervous systems, knead our internal organs, and clear out our meridians,” he notes. “Each posture is designed to clear out one or a set of meridians, which offers clarity and power.”

For example, Warrior II clears out the kidney meridian, helping us stand upright and release fear; the heart meridian, releasing confusion and building courage; and the lung meridian, allowing us to breathe more deeply and release sadness. Downward Facing Dog also impacts the heart meridian, as well as the bladder meridian, which is responsible for the movement of water in our body, helping us clear out stagnant emotions from the past. Savasana opens the pineal gland, Ray says, allowing the body to enter a deep, healing state and the soul to rise into the dream world and the spirit world. “Tibetans say Savasana is the practice of dying,” Ray explains.

As much as he is a firm believer in the efficacy of yoga and shamanic practices, Ray acknowledges that he’s alive today not only because of those ancient arts, but also because of conventional medicine. He had surgery on his right kidney, after which he went to Peru and continued his healing with the shamans. “There’s a time for an antibiotic, and there’s a time for rattling and chanting and a fire ceremony,” he says.

Ray believes that when we incorporate shamanic and yoga practices into our lives, we begin to balance the spiritual and the material. “We begin letting go of old belief systems,” he says. “We become empowered. We create a personal relationship with the Divine. We come closer to our true nature and learn to follow our hearts.”