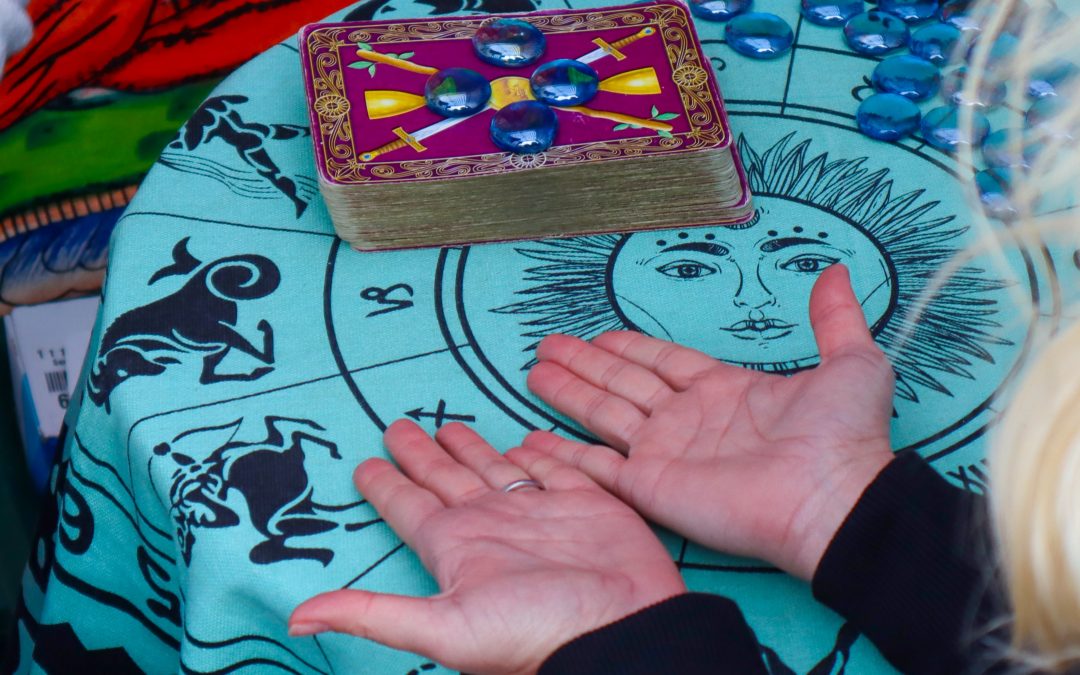 When it comes to large life questions, I’ve always been the type to seek input. In my 20s, I was trying to decide what professional path to take. I sought out a career counselor, but I went to an astrologer, too. In my 30s, I was considering a move. I visited a handful of cities and set up informational interviews with various companies, but I also consulted a psychic to inquire about the most advantageous locale. In my 40s, I was on the verge of deciding whether to stay in my marriage or go. My ex-husband and I went to a couples counselor, but I also sought out Tarot card readers as well as astrologers and psychics to help me make one of the biggest decisions of my life. I even consulted a psychic medium who shared some words of advice from my grandmother who’d passed away.

On a visit to Kripalu a couple of years ago, I was dealing with health and relationship concerns. I’d been seeing a naturopath and a therapist, but while there, I turned to a kind of cosmic database called the Akashic Records for additional guidance. (Readers of the Akashic Records can apparently tap into this etheric library, which contains information about every soul that has ever incarnated and all events, thoughts, and emotions that have happened since the beginning of Creation). Needless to say, when it comes to major life issues, I seek out metaphysical guidance, and so do countless others.

During Tarot card readings, Cynthia says clients might ask about whether to follow a particular health regimen, take a job, go back to school, move to another city or country, embark on a different career, stay in or leave a relationship, and more. “People lately have a deep suffering of the spirit–not just the body,” she notes. “They seek out people like me to ask questions that are soul-searching in nature. It goes from the practical to the esoteric. I’ve had moms asking how to help children who are addicted. And recently, a woman who was given four months to live asked how she could traverse the bardo (the Tibetan term for the intermediate state between death and rebirth) after death.”

While the tools used in metaphysical practices differ, each of them professes to connect with a ubiquitous energetic force. “Some people call it quantum physics or universal consciousness,” Cynthia remarks. “Others call it the Divine, but it’s the same thing regardless.”

Even though Tarot, astrology, and psychic and Akashic Records readings appear to draw from the same invisible omniscient force, they also seem, according to Cynthia, to help seekers get in touch with their own intuition. “People have the absolute knowledge within themselves, but they’ve forgotten,” she insists. “They come to us and we assist in helping them find those places within themselves that help them heal.”

Skepticism about metaphysical practices isn’t uncommon, of course. While some clearly dismiss them, Cynthia underscores that “people can be skeptical all they want, but we all have intuition. Everybody knows what it’s like to walk into a room and know who not to sit beside.” The only time a reading might not “work,” she says, is if someone is very angry and has an axe to grind. “Then they might not hear you,” she admits. “Otherwise, no one who’s really a skeptic is going to be sitting in front of me.”

Cynthia explains that the various cards she turns over in a Tarot spread represent her clients’ unconscious and likely point to the very issue they brought into the reading. “Ultimately,” she admits, “we probably don’t tell people stuff they don’t already know on some level.”

Wanting to connect with loved ones who have passed away, some people seek out psychic mediums. A medium herself, Cynthia says family members of clients often become visible to her, energetically speaking, during Tarot readings. “They can appear in a watery image,” she explains. “Sometimes I smell a grandmother’s perfume, or I just get an intense all-encompassing feeling, like great love or great care and concern. Sometimes they’ll come through even if they’re not asked about. They might come in with a message to let a client know they know they’re OK.”

Cynthia says metaphysical readings aren’t a substitute for therapy or counseling, but she believes their short-term, solution-oriented approach can be beneficial. “You aren’t going to come back 100 times and you don’t have to worry about having to wait for six months or a year to get some relief from your issue,” she notes, “whether it’s acute or something that’s been going on since you were a child. Something is going to move in 25 to 55 minutes. It’s not like it gets solved in 25 minutes, but it does start the resolution process. It’s very rare that someone walks away without some sense of how to clear an issue. Sometimes that involves taking a trip, looking for a new job, or even seeing a counselor.”

Mostly, what Cynthia notices is that at the end of a metaphysical reading, people simply feel better. “They’re more at ease, more relieved,” she states. “They’ve answered some deep questions; they feel like they can breathe, like they can continue on. They might be less depressed–more energized, and hopeful. And some leave sad because they realize they need to get off the path they’re on, but they come to trust their own intuition. Often they say, ‘I knew that. I just didn’t trust it.’ I find what we often do is give them permission to move forward on a course they knew was best for them, but hadn’t given themselves permission to follow.”