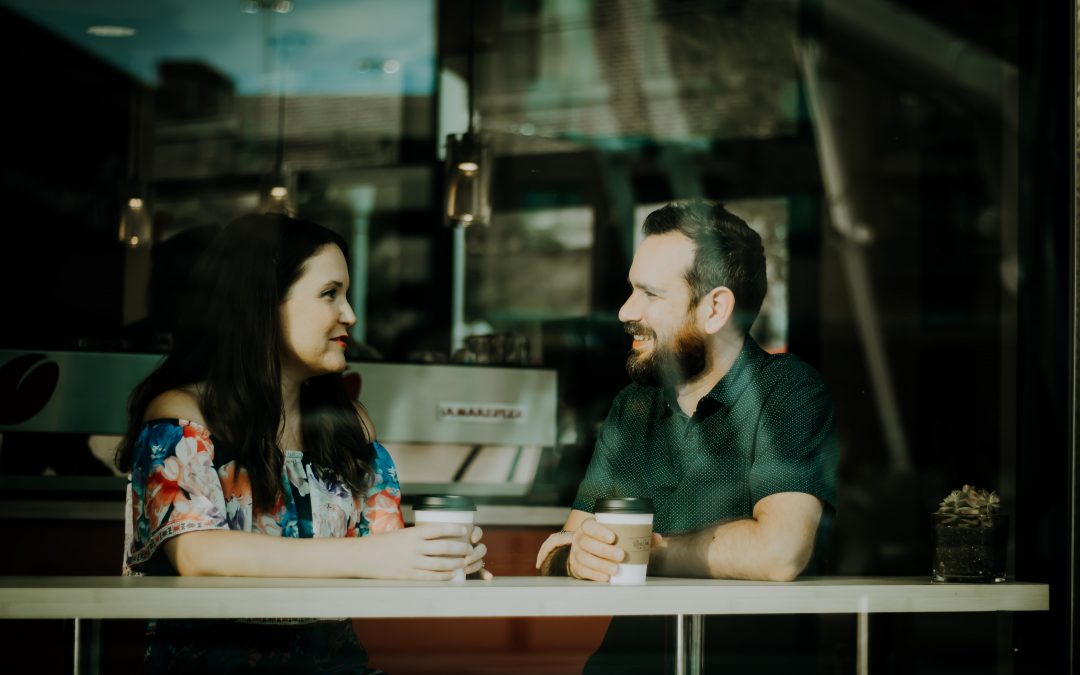 Mindfulness. The word may conjure up images of sitting on a meditation cushion for at least 30 minutes a day and night as you focus upon the rise and fall of your breath. That’s one way to practice mindfulness, certainly, but its applications are far broader.

Kripalu Lead Faculty Janna Delgado says she especially likes Jon Kabat-Zinn’s take on mindfulness. Whatever you’re doing, “mindfulness is about having present moment awareness without judgment,” she says, “being present with a clear mind, regardless of the conditions and circumstances.”

Not longing for or regretting the past. Not projecting into or worrying about the future. Focusing your attention on the here and now, without needing it to be different from what it is. In that sense, you can apply mindfulness to just about anything—cooking, exercising, working, parenting … even dating?

Practicing mindful dating, according to Janna, is not only possible, but preferable. “Dating can be deflating and demoralizing,” she admits. “But mindfulness allows for more clarity and equanimity in the process.”

To prove her point, the seasoned Kripalu facilitator explained what it’s like to approach dating devoid of mindfulness. Single for four or five years, Janna had resisted the urges of those who suggested she give online dating a try. “I’d say, ‘No, it’s not my style. I’m not into it,’” she remembers. In time, though, she broke down and gave it a shot—mindlessly.

“My heart wasn’t in it,” she recalls. “I didn’t give it my focus, presence, attention, or intention. I was just flipping through [profiles] begrudgingly, not being open to the possibilities. I wasn’t present while I was scrolling through. I’d say, ‘No, no, no.’ I’d find any reason to nix someone.”

Looking back, Janna says she believes one reason people have a hard time approaching dating mindfully is that it can be a scary process. “The whole act of trying to meet someone and become close emotionally and physically–there’s a huge vulnerability in that,” she says. “If someone has had difficult life experiences or a rough time with relationships, it can be challenging to open up again and allow love in.”

While that may be true, dating mindlessly can be potentially be a waste of everyone’s time “because you’re not really engaged, open, or present,” Janna says. “It’s hard then to have a quality connection or get a sense of whether there might even be a connection. You could miss someone who’s a gem.”

In addition, she admits, dating mindlessly can lead to suffering through dates that are clearly not a fit much longer than necessary. “Rather than being honest and saying, ‘This isn’t working for me,’” Janna explains, “[people might] just sit there and go through the date kind of half checked out.”

So how did Janna finally turn her mindless approach to dating into a mindful one? She broke her foot, believe it or not … and something shifted. “I could no longer take for granted standing up to brush my teeth or crossing the room to take my dog out for a walk. I was forced to be mindful in every moment,” she recalls. “And because of my lack of mobility, I was kind of sedentary. So I turned to Match.com and gave it a serious look for the first time.”

Her injury not only forced her to slow down, but it also heightened her mindfulness, enabling her to approach the dating site differently than she had been. “I got curious,” she says. “I started going on dates, showing up in my crutches. When I was on a date, I was right there, present, engaged. And within a handful of dates, I actually met someone.”

In a relationship now that she’s mindfully cultivating, Janna offers these tips on how to practice mindful dating–for anyone who might be looking for love on a dating site or off:

“It’s easy to get tunnel vision,” Janna says, referring to dating sites as well as in-person dates. “A lot of people make snap judgments—‘I want this. I don’t want that’– but try to have an open, curious mind. You just don’t know who or what or how. It might be someone that you’d never in a million years have imagined having a connection with, but if you’re open to the possibility, then the possibility exists.”

* Put Your Cell Phone Away

Rather than keep your smart phone in front of you as a crutch on a date, put it in a bag or pocket. If you need to keep the ringer on in the event of an emergency, ok, but try not to check your phone on a date. “Give people your undivided attention,” Janna remarks. “That’s a huge gift in itself.”

While sustaining eye contact might feel awkward, challenge yourself. Looking directly into someone’s eyes is a good way to focus your attention in the here and now. “Be present with your date, not distracted,” Janna suggests. “It may turn out that they’re not a match, but at least you will have opened yourself to the possibility.”

Rather than anticipate when your date is going to stop speaking so you can jump into the conversation, take a breath, and listen to what he or she is saying in the moment. “Really hear what they have to say,” says Janna. “Savor those moments of getting to know someone. You only have one shot at that.”

Another way to anchor yourself in the moment is to ask your date questions. “What’s the best place you’ve ever traveled?” “Do you have siblings?” “How do you like to spend your free time?” “Inquire and be open to learning about them so you can get a deeper understanding of who they are as a human being,” Janna notes.

It’s not uncommon on dating apps for people to lie about their height, age, income, or weight, and it’s not uncommon when meeting in person for people to project an idealized image of themselves—an image that might be hard to maintain over the long run. “If you really want to meet someone,” Janna suggests, “be real and true.”

Few who’ve dipped their toes into online dating haven’t had the experience of having an enjoyable phone conversation or a pleasant in-person date only to be ghosted. “People can meet someone and just never hear from them again and never know what happened,” Janna admits. “It’s easy to get hurt or disappointed if you’re attached to specific outcomes, so non-attachment is hugely important.”

You’re attracted to someone, but he or she isn’t attracted to you. Someone wants to see you again, but you’re not that into it. It can be rough out there, no doubt, but it’s important to remember that you can never really know what’s going on in another person’s head and heart. Janna acknowledges that people can be callous and cold and that the online dating process can be especially dehumanizing, so try your best, she says, not to take things personally.

* Be Patient and Kind to Yourself

“Man, does [online dating] require patience,” Janna concludes. “It’s like a part-time job trying to do this. It could take two weeks or two years, so make sure to be kind and compassionate to yourself in the process.”