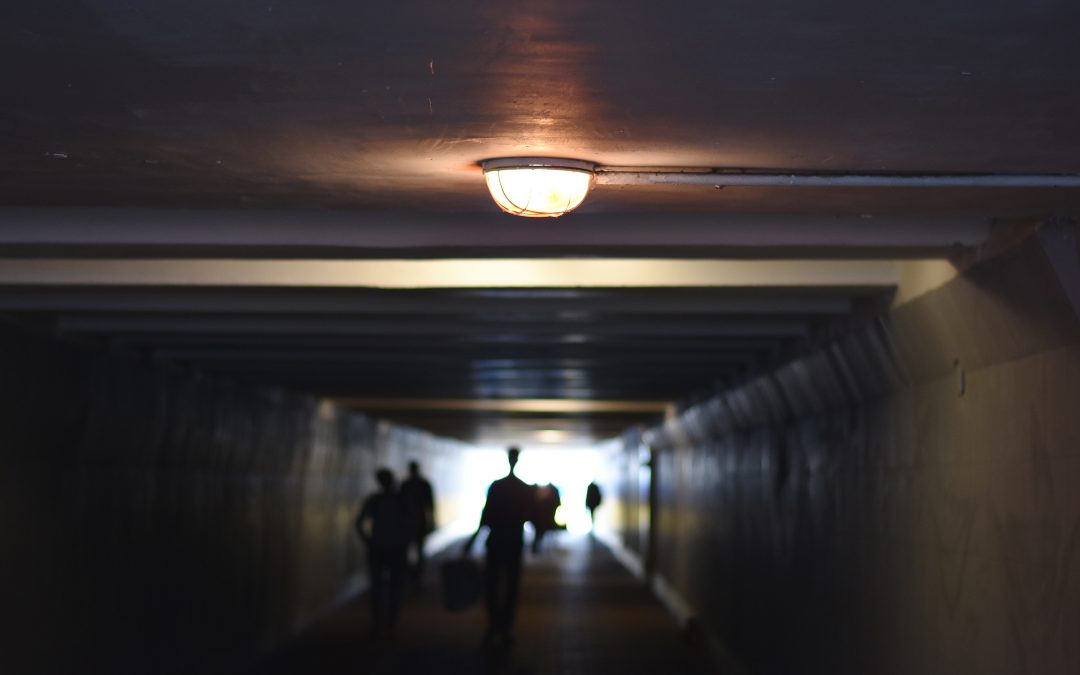 “The only thing that is constant is change.” It’s a quote attributed to the ancient Greek philosopher, Heraclitus, but the sentiment is as pertinent in the 21st century as it was thousands of years ago. Life doesn’t stand still. Change is inevitable. Whether you’re a teenager leaving home to go to college or a senior citizen whose spouse of 30 or more years has passed away, you’re in the midst of a transition, which can often leave you confused, overwhelmed, and frightened.

Positive psychologist, Maria Sirois, and celebrity health and life coach, Karlee Fain, understand clearly the stressors associated with transitions, as they work with people wrestling with all kinds. “A lot of people are getting divorced or they’re thinking about leaving a career,” Karlee says. “They’ve been let go or fired. They’re in a diagnosis transition, or they’ve just graduated or retired and they’re saying, ‘What now?’”

“Maybe they’re thinking about getting married or having a baby,” Maria says, “or they feel like they should do something next, but they don’t know what it is. Some have a chronic weariness – they’re just not happy in their own skin.”

Transitions are challenging, no doubt. What makes them even more so, according to Maria and Karlee, are the beliefs we carry about them as well as the actions we fail to take in their midst. “People don’t trust themselves to stay in integrity with the path of change,” Maria says. “They lack hope or they don’t set themselves up well enough to support the hard work of change. They don’t have an accountability partner. They don’t maintain their new practice long enough. They don’t mark their progress and celebrate success along the way.”

“Change requires courage,” Karlee adds, “but many people stay stuck in connections that are invested in their staying the same. And many are itching for change, but they don’t know where to begin.”

To begin crossing the bridge from one phase of life to another, Maria and Karlee emphasize the importance of pausing to tap into your image of your ideal life and what it could look like. “The willingness to pause and be mindful helps you develop your own wisdom,” Karlee says, “and it crowds out the myriad of other people’s opinions about what you should do. Start with daring to pause and tap into mindfulness.”

After a mindful pause, the self-help duo says these tools are especially useful:

* Make Molehills out of Mountains. “Ask yourself, ‘What is the smallest step I can take right now to lean into this ideal life?” Karlee explains. “Maybe you want to be a chef. The first thing you can do is Google schools where you can study culinary arts.” Navigating a transition, she insists, doesn’t require tremendous resources. “It’s not about survival of the fittest,” she quips. “It’s about survival of the focused. Keep coming back to your goal. Do 10 minutes of work each day on what is important to you.”

* Build in the “And.” “When you’re having a defeating, fearful, or barrier thought,” Maria explains, “– like I want to be a great chef, but I’m fearful I won’t be able to do it – build in the ‘and.’ Say to yourself, ‘I fear I won’t become a great chef, and I can use my characteristic strength of creativity to help me get there.’”

Maria explains that negative thoughts, while to be expected, are what stop most people from forging ahead in transitions. “The most successful people have insecure thoughts, “ she says, ‘but they don’t let their insecure thoughts stop them. They might say, ‘I’m not feeling hopeful, and I can call my accountability partner today.’”

When you add a positive thought onto a negative thought, Maria explains, you’re creating new neuronal connections that trigger optimism, which keep you from staying stuck in a pessimistic brain. “Building in the ‘and’ reminds you that you have a choice,” she says. “You learn to shape your story day by day.”

* Get Curious. Rather than stew in a cauldron of fear and worry, Maria and Karlee suggest people allow their imaginations to reign supreme for a time, as it can actually have a calming effect. “Ask yourself, ‘I wonder what would happen if?’” Karlee says. “That’ll help you stop white-knuckling it.” When the parasympathetic nervous system, which helps the body rest and relax, begins to kick in, vision expands so people can see other possibilities.

Maria and Karlee, who offer a free, four-part video series about how to navigate transitions gracefully at http://www.everybodythrive.com/navigating-a-graceful-transition, say they notice that people who manage transitions well tend to make small daily habit changes. They feel stuck and take action anyway. They have a sense of their inner strengths and a reservoir of positive self-regard. They give themselves permission to be happy. And when they’re tempted to return to old patterns of behavior that keep them from moving ahead, they have resonant relationships with people who hold them accountable for not slipping backwards. “We don’t need people who love us no matter what as much as we need people who say, ‘Did you do your practice? If not, when are going to?’” Maria remarks.

In their workshops, which involve group discussion, yoga, creativity, and time in nature, Maria and Karlee make sure to inject healthy doses of play. “Play is important in transitions,” Karlee says. “It switches the wiring in the brain so we can see things in a different way. What’s enjoyable is memorable.”

“You can’t think your way into a happier life,” Maria adds. “You need to re-experience wonder and joy and delight and surprise – and that happens through play and laughter.”

Calling on specific tools to navigate through transitions renders you in leadership of your life. “You have increased self-esteem and self-regard,” Maria comments. “You begin to play with life as opposed to feeling victimized. Life’s assaults don’t feel so personal.”

“You develop confidence,” Karlee concludes. “You start to feel, ‘If I can do this, what can’t I do?’ You see that transformation really is achievable, that no matter how hard it’s been, your history isn’t your destiny.”