The Dance of Energy: Qigong and Tai Chi 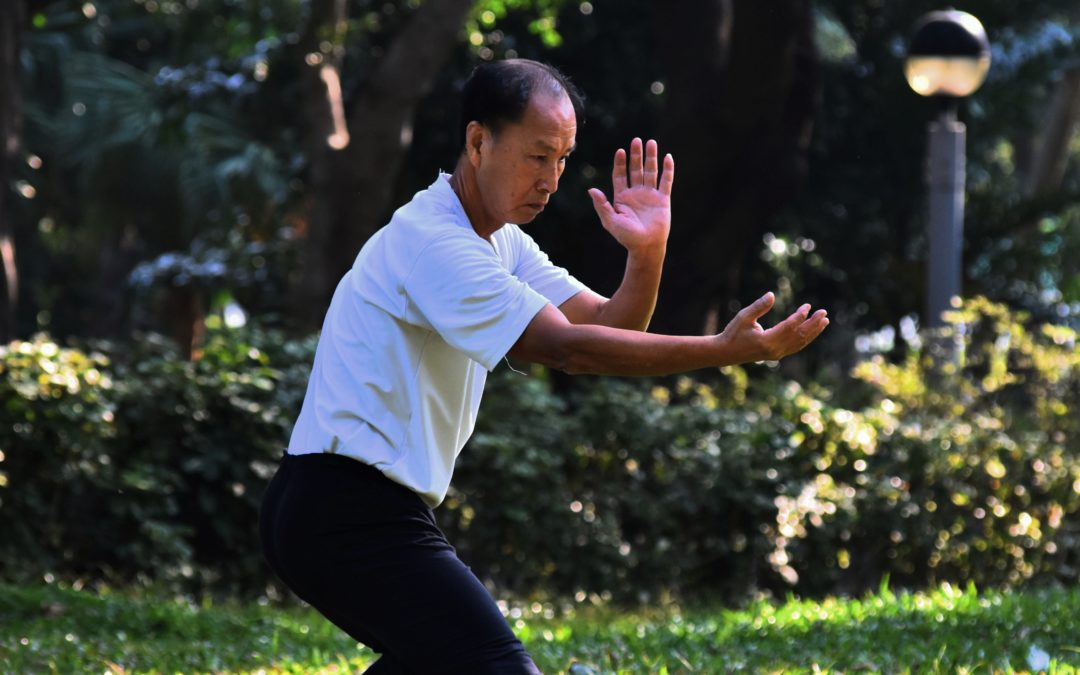 Energy. We use that word often. When we meet someone we really like, we might exclaim, “She has great energy.” When someone is on the mend after being ill, we often announce, “His energy is better.” Or we might turn down an invitation by saying, “I don’t have the energy tonight.” We throw the word “energy” around, but many of us couldn’t define it clearly if asked.

“If the wisest sages of the pre-modern world were to suddenly materialize in contemporary society and spend a few days examining our achievements, they would most certainly marvel at our technological advances,” says qigong master and Kripalu presenter Robert Peng, “but they would be equally perplexed by our blatant ignorance about our own life force.”

Life force—it’s what makes our hearts beat, trees grow, and rivers run. “The Egyptian priests called this energy ka,” says Robert. “The Indian rishis named it prana, and the sages of China called it qi.”

“When you focus attention on sensing the motion of the body and the breath with intentionality, you get this synergistic effect,” says Kripalu presenter Ken Nelson. Qigong, he says, enhances fitness, self-regulation, awareness, and spirituality. “It’s sometimes called ‘swimming in the air.’ It looks like grass growing, like nothing could be happening,” he continues. “Once you experience it, though, you realize the benefit.”

“Qigong can be good for back pain, spine pain, headaches, and stroke recovery,” notes neuropsychologist and qigong and Zen teacher Robert Meikyo Rosenbaum, also a Kripalu presenter. “I’ve seen it do truly amazing things. I’ve had MS patients who had no sensation in a limb for 10 years do qigong for six weeks, and the sensation has returned.”

Robert Peng says that’s because “where you have energy blockages, you have sickness. When the energy isn’t flowing, it’s like there’s not enough water in the pipe. Qigong gets it flowing again.” Just 20 to 40 minutes of daily qigong practice may provide sweeping benefits, he says. “If you practice qigong well, you’ll have six ‘no worries,’” Robert says, referring to the relinquishment of worry in six key areas of life: eating, sleeping, elimination, energy, sex, and emotions. “You’ll have a good appetite and good digestion. You’ll sleep like a baby. You’ll have ample vitality to do what you need to do. Your sexual energy will be strong, and your emotions will be calm. You’ll rarely be off balance and, if you are, you’ll bounce back easily.”

Ken, who’s dealt with depression over the years, can especially attest to the latter. “The practice has helped me so much that, when I get down, I don’t stay down,” he says. “When I focus attention on my body, I don’t worry about being depressed. I know I can handle it. When I practice, I get stronger. I have the notion of resilience now.”

Dayan Qigong, the form that Bob Rosenbaum practices, is comprised of 64 flowing movements that aim to remove blockages and increase circulation through the meridians, or energy channels of the body. “Doing Dayan Qigong is like a mild acupuncture treatment,” Bob explains. “Each movement works with particular meridians and particular points. You learn the movements and let them move the qi around so that it finds its natural balance and flow.”

Finding the balance and flow of your qi is also central to tai chi, a style of qigong originally developed as a martial art. It’s also practiced as a healing art to integrate body, mind, heart, and spirit. Its physical effects among elderly practitioners are particularly impressive, Ken notes. Seniors who practice tai chi have 31 percent fewer falls after one year of practice.

Graceful, relaxed, and fluid, tai chi looks like a slow-motion dance. “Because it’s a martial art, you’re always moving, never stopping,” says Ken. “With qigong, you do one repetitive movement at a time, while tai chi requires learning a sequence of movements.”

Bob notes that, in qigong, the flow of qi is mostly internal, whereas qi is kept in front of the body in tai chi to work with your opponent.

“We’re cultivating energy with both,” Ken adds. “They’re both meditation in motion, but the forms are different.”

Beyond physical health, tai chi and qigong offer spiritual and emotional benefits. Bob says that happiness is one of the most profound side effects of cultivating qi.

“Practicing helps you harmonize with the Way, the Tao,” he says. “It’s like the cable cars in San Francisco. The cables are always running. When you cultivate your qi, you’re engaging with the force that is carrying you along.”