Seven Steps to Design a Life That Matters 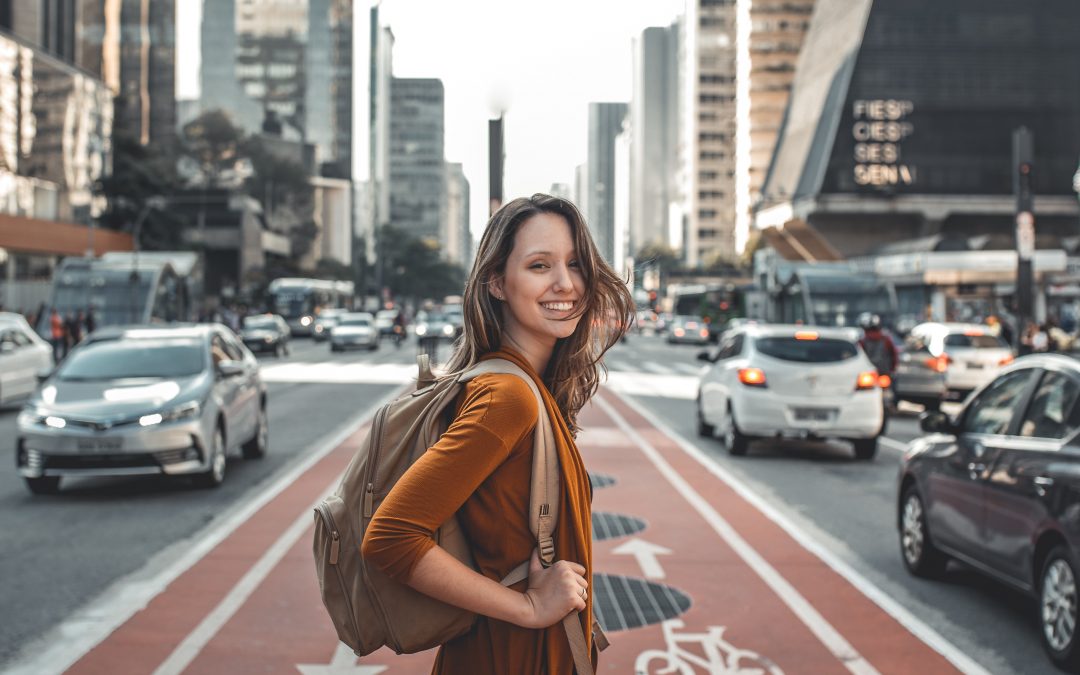 Whenever I travel for work or pleasure, I’m always struck by the infinite number of ways there are to live this thing called life. In a developed nation like the United States, the choices are especially vast. We might live in bustling cities, small towns, or the countryside. We might work for massive public corporations, local businesses, or for ourselves. We might live with a spouse and children, with just a partner, a roommate, or alone. We might travel the globe at the drop of a hat, or we might never venture far from home. Clearly, there’s no right way to live a life, but there is a way to live that’s more right for us than it is for anyone else.

Designing a life that matters is something that designer, educator, and author Debbie Millman knows a lot about. As host of one of the world’s first podcasts, Design Matters, Debbie talks to all kinds of creative types about how they’ve designed their lives. Scores and scores of interviews as well as her own personal experience have taught her that “a life that matters” is one that engenders a sense of purpose, meaning, and value. “You feel actualized,” she says about living a meaning-filled life. “As the psychologist Abraham Maslow would say, you have a life wherein you can be ‘all you can be.’”

Debbie acknowledges that actualization is subjective and manifests differently depending on individual priorities, needs, hopes, and dreams. “I think understanding what your purpose or meaning is and feeling valued is a practice, sort of like love or happiness,” she notes. “It takes work to understand what you want and how to go about getting it.”

Even among the self-motivated, though, self-imposed obstacles can still stand in the way. “Many people organize their lives around avoiding failure and rejection,” Debbie explains. “Mostly they do this because they feel undeserving or not capable of achieving what they really want.”

For most of her life, Debbie says she lived with self-constructed feelings of inadequacy that prevented her from living the life she longed to live. “Nobody was telling me I couldn’t do something; nobody was telling me I couldn’t succeed,” she continues. “I convinced myself of this and lived in my self-imposed reality. I think a lot of people do this. They self-sabotage and create all sorts of reasons for not doing things under the misguided assumption that, at some random point in the future, they might feel better about themselves and that will finally allow them to take a risk. I don’t think that ever happens.”

Taking the bull by the horns and pushing through feelings of self-doubt and inferiority are necessary, Debbie insists, to design a life that truly matters. Here’s some of her best advice on how to create the life of your dreams:

“What I mean by a non-negotiable is the ONE thing that — no matter what — you’re willing to sacrifice EVERYTHING for,” she explains, noting that a non-negotiable could be anything — a type of career, a type of relationship, a material possession, or living in a particular place. Debbie says a non-negotiable is the one thing we — consciously or not — strive for our whole lives. “If you can determine what that is early on,” she adds, “it allows you to make better choices as you work to get it.”

While there may be many obstacles — internal and external — that can stand in the way of living the lives we want to live, Debbie says identifying our biggest obstacle allows us to focus on overcoming one obstacle at a time. “Trying to overcome them all at once is unrealistic and can be really unhealthy,” she cautions. “Tackling them individually can allow you to understand why each obstacle is there. Overcoming even one gives you a sense of accomplishment, which can fuel your effort to conquer the next one.”

* Realize that Rejection is Inevitable, But Not a Reason to Quit

Though she typically feels dejected and like throwing in the towel when faced with rejection, Debbie tries to remind herself that defeated feelings aren’t a signal to abandon effort. “If you want something badly enough in the face of rejection, you have to keep persevering,” she remarks. “Many, many, many, many people far greater than you have been rejected numerous times and many of those people have ultimately achieved real greatness in spite of — or even because of — rejection. Rejection isn’t ever final until you stop trying to succeed.”

* Consider that “Courage is More Valuable than Confidence”

Debbie says the writer, Dani Shapiro, a guest on her podcast, said that when it came to achieving success, she felt that confidence was highly overrated. “Dani argued that courage was more important than confidence,” Debbie recalls. “When you act from a place of courage, you’re saying that no matter how you feel about yourself or your opportunities or the outcome, you’re going to take a risk and take a step toward what you want. You’re willing to allow yourself to be vulnerable — in showing your art, starting a business that might succeed or fail, having an opinion on something, being in a relationship. You’re not waiting for the confidence to mysteriously arrive.”

After all, Debbie adds, “‘Failure’ is an arbitrary label. The most psychologically healthy people I know tend to reframe it as an experiment that gave them valuable insight. So celebrate your flubs, your rejections, your vulnerability — they mean that you’re taking the risks necessary to grow.”

* Recognize that “Busy” is a Decision

We all make excuses from time to time about why can’t do or achieve this or that, but Debbie doesn’t ultimately buy into the widely used “too busy” excuse. “I think that ‘busy’ is a decision,” she says. “We do the things we want to do, period. If we say we’re too busy, it’s shorthand for ‘not important enough.’ It means you’d rather be doing something else that you consider more important. That thing could be sleep, sex, or watching Game of Thrones. If we use busy as an excuse for not doing something, what we’re really, really saying is that it’s not a priority. Simply put: you don’t find the time to do things; you make the time.”

* Expect Anything Worthwhile to Take Time

“I think one of the unfortunate ramifications of the technologically driven world we now live in is the speed at which we expect things to happen,” Debbie notes. “We’re now living in what I call a ‘140-character culture.’ We’ve gone from writing letters to making phone calls to sending faxes and emails to typing out one line about this vast experience we call life. We can have instantaneous global conversations, immediate poll results, and 15-minute viral sensations online. As a result, we now want instant gratification of our hopes and dreams, but accomplishment and mastery take time and reflection. The only ‘formula’ for success is time and hard work.”

* Write Out a 10-Year Plan for Your Life

“Imagine immensities and outline every aspect of the life you want,” Debbie goes on, suggesting that people not only ask themselves what’s bringing them joy 10 years from now, but even what their furniture, clothes, automobiles, and hairstyles look like.

“Detail it all with abandon,” she concludes. “One entire day — ten years from now. Start from the minute you wake up, brush your teeth, and have your coffee or tea. Continue envisioning your day until you close your eyes to go to sleep. Imagine one big, full, fabulous day. Dream big; dream without fear. Write it all down. Put your whole heart into it. Write like there’s no tomorrow; write like your life depends on it — because it does. And then read it, once a year, every year for ten years and watch what happens.”