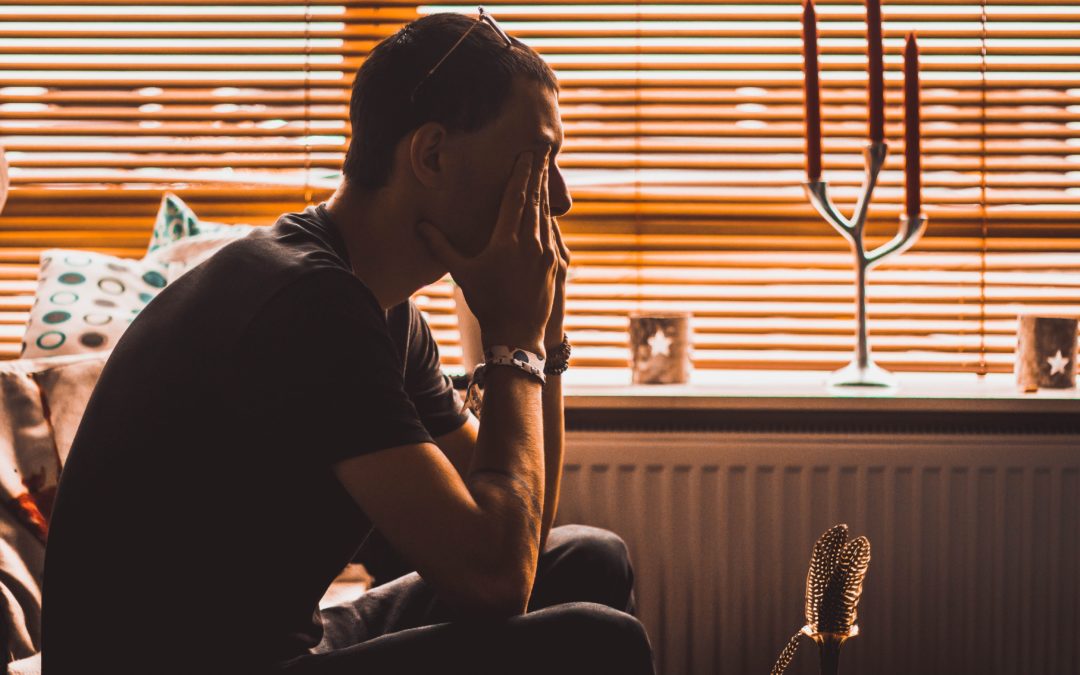 It was a Friday in December around 7:30 in the evening. I was a sophomore in college at NYU. That night, I was meeting a friend, so I was getting cash out of an ATM in Greenwich Village.

I came out of the bank holding onto the strap of my red leather bag. I hadn’t walked more than 30 feet when I heard footsteps running toward me from behind. All of a sudden, I felt someone tugging on the strap of my bag. I thought it was a friend playing a joke. I turned around and saw a stranger, a teenager, trying to yank my bag away from me. I was being mugged.

I thought I could overpower the kid and yank the bag back because I was the taller one. What ensued was a little tug-of-war on the street. In New York fashion (at the time, at least), people passing by watched. When it was apparent that I wasn’t going to hand over my bag, my mugger’s “colleague” approached me from behind some bushes. The colleague was well over six feet tall. He took a knife out of his jacket pocket and flashed it at me. I dropped my bag instantly. My two assailants ran off with it as well as my credit cards, photos, eighty dollars, and my sense of safety.

I hadn’t been hurt, but the experience was traumatizing. For at least 15 or more years after I’d been mugged, whenever I’d hear a jogger’s footsteps running up behind me, my heartbeat would race. I’d involuntarily gasp, figuratively jump out of my skin, and spin around to protect myself from what felt like a threat. Even though I was in a different place at a different time and I wasn’t in danger, my body launched into an instantaneous state of fight-or-flight.

It’s a state that clinical psychiatrist Bessel van der Kolk, MD, my Kripalu Perspectives guest, has been studying since the 1970s. “Trauma is an experience that causes the mind and brain to get stuck,” he says. “It’s not really the event, but it’s the reaction to the event that causes you to relive it, replay it, and experience all kinds of other things as if you’re under the same threat right now.”

Even when there’s no legitimate threat present, traumatized people can experience fear, lack of focus, difficulty relaxing, sudden feelings of rage, and emotional numbness, Bessel says. While pharmaceuticals and talk therapy are conventional medicine’s treatments of choice, medications can have side effects and therapy has its limits. “Talk therapy is very important in order to allow yourself to know what you feel,” says Bessel, “but understanding where things come from doesn’t make them go away.”

In some cases, traumatized people aren’t even able to put words to what happened to them. When people who have been traumatized are asked to relive their experiences while undergoing brain scans, the scans show that “the language center of the brain basically disappears,” according to Bessel. “Shakespeare talks about ‘speechless terror’ and ‘being dumbfounded,’ so our language knows very well that people lose the capacity to talk when in extreme states of agitation,” he says.

With the understanding that the body and mind are intertwined, Bessel has extensively researched the efficacy of various body-centered approaches to trauma. Research on yoga shows that it’s more helpful for PTSD sufferers than any pharmaceutical drug studied. “Traumatized people tend to become disembodied and have a very hostile relationship to their physical sensations,” says Bessel. “They try to disconnect from their experience.” Yoga helps people reconnect to their bodies and better tolerate the physical and emotional sensations that live there.

Interestingly, Bessel says that participating in theater can also help trauma sufferers. “We tend to get very fixed on the role that we play in life,” he notes, adding that people may describe themselves as a “war veteran” or an “incest victim.” Perhaps they see themselves as a helpless person or an angry person. “What theater can do,” he says, “is help people play a role where they can viscerally feel what it feels like to be someone other than the person who the trauma has caused them to be.”

Another non-pharmaceutical approach to overcoming trauma, he says—especially trauma related to one particular event, such as an accident or an assault—is EMDR (Eye Movement Desensitization and Reprocessing).

Bessel explains that with EMDR, people are asked to evoke a particular memory that continues to disturb them. In their mind’s eye, they evoke what they saw, heard, smelled, and thought at the time, but they don’t talk about it. “Then you ask them to move their eyes from side to side or tap different parts of their body. You set up some sort of bilateral attention system in the brain, and what our research now shows is that these past experiences, instead of haunting people, become a memory of the past.” The practice of EMDR appears to integrate traumatic memories so they become stories about something that happened a long time ago, but are no longer lived in the present.

If I had known about EMDR when I was mugged, I’d have certainly given it a try. I can only imagine the number of joggers I might not have startled and even involuntarily tripped when I turned to face them, fists raised, at the first sound of their footsteps.