Making Friends with My Body, As Is 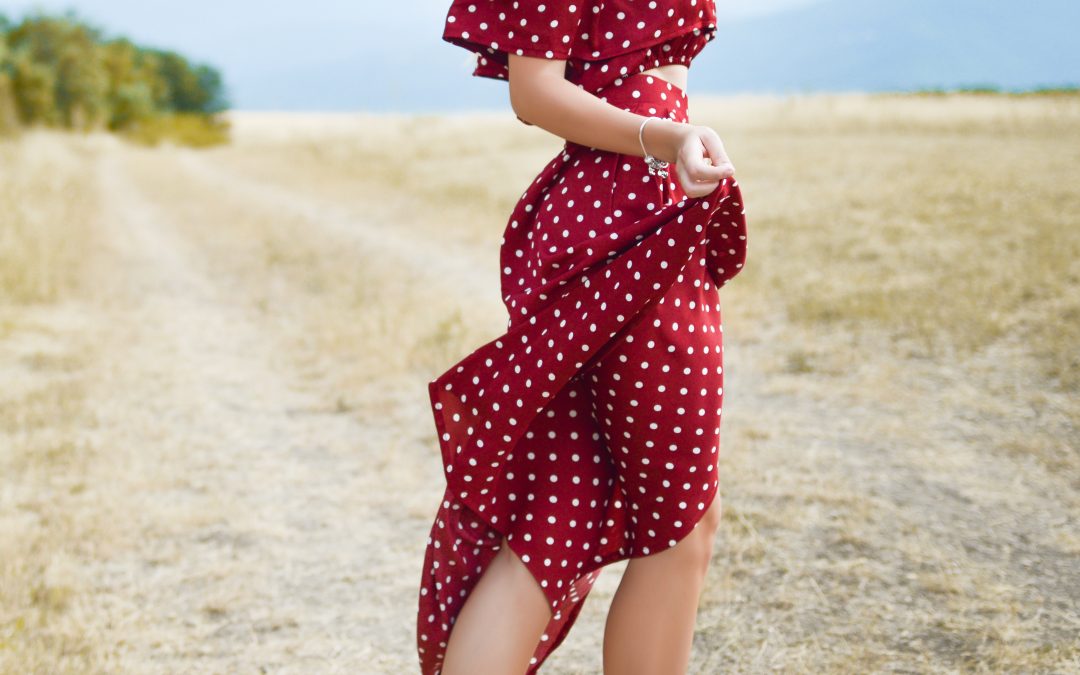 By the time I was 15 years old, I had a fully developed body. I was five-foot-seven and 145 pounds. I had D-cup breasts and ample hips. I wanted to jump out of my skin.

I didn’t resemble the pencil-thin models in the fashion magazines, and I certainly didn’t resemble my 15-year-old girlfriends, who could scarf down pizza and chocolate milkshakes at lunchtime and still look like beanpoles.

I was uncomfortable in my body in the world, and I didn’t experience any relief at home, either. My parents were often in conflict, and the threat of their marriage ending loomed large. Since I had no control over them, I controlled what I could: what I ate. I went on my first diet at age 13, eventually gaining back everything I’d lost. By the time I was 15, I was an experienced dieter, and I went for broke. While striving to maintain a 4.0 GPA and co-captaining the Pom-Pom Squad, I consumed only 400 calories a day for three months and lost a whopping 40 pounds.

Though my periods had stopped and I was so weak that I was on the verge of fainting, I felt victorious as I embarked on a shopping trip for a new wardrobe. I was finally thin and, to me, that was all that mattered.

Eventually—and rather quickly—I gained the 40 pounds back because my diet was far from sustainable. While I’ve never dropped that much weight since, I’d say I’ve lost the same 10 to 20 pounds at least 25 times over the last 30 years.

As I sit here writing this article, my story hasn’t changed much. I’d still like to lose 10 pounds. I know that I’ll feel more comfortable in my body if I do, but I also know after decades of dieting that I won’t be able to sustain the weight loss without an unsustainable level of restriction. The result is that I’m sitting here today uncomfortable in my body once again, a familiar feeling.

New York Times best-selling author Geneen Roth has heard countless versions of my story countless times in her more than 30 years of working with women and weight. She thoroughly understands the food-and-weight obsession, where it comes from, and the toll it can take—especially because she’s lived it herself.

“As you begin and end your day, you’re thinking about food and weight,” she says. “You’re judging, criticizing, shaming—putting your life on hold for a future when you’re at the weight the culture deems acceptable.”

A former serial dieter, Geneen says there are many reasons women obsess about the calories on their plates and the size of their thighs, but society plays a big role. “We imbibe messages from our culture, and our culture values women for what they look like,” she notes. “Women on the thinner side are more valued.”

But the roots of food and weight obsessions often go deeper. Growing up, many children believe they’re responsible for the challenges their families face. When things go awry, she says, they might think, If I were thinner, things would be better.

For some people, at certain times in history especially, fixating on size is a reaction to the social and political environment. “These times especially are so fraught and chaotic,” she says. “It’s easier to focus on what we can control, like the food we put in our mouths. It serves as a distraction.”

But our focus on food and weight can keep old, self-defeating stories alive. “We tie up the best of our energy and our power,” Geneen explains, “when we revolve ourselves around the same familiar story.”

Here are a few of Geneen’s suggestions for shifting your patterns around weight and your body.

“We all have a crazy aunt in the attic,” Geneen says, “a voice from our childhood that berates us and shames us and believes there’s a better way to be. Most of us are ruled by this voice. It’s not true, but we get sucked into it. We need to become aware of the voice and how it talks to us. Awareness is the first step.”

Notice the feelings in the body.

When we’re triggered in some way and become aware of that self-critical voice, it’s important to notice the feelings it creates in our bodies. “Usually you’ll feel a collapse or a sinking in the stomach,” Geneen says. “Maybe your heart will hurt or it’ll feel like the rug is being pulled out from under you.”

Identify the source of the trigger.

Pause and ask yourself, “What triggered this shaming voice and these uncomfortable feelings?” “Maybe you were criticized by a boss or a friend,” Geneen offers. “Maybe you got on the scale.”

Tell the voice to hush up.

“That voice is an outward expression of you in familiar-self mode,” she says, noting that when we hear the voice, we recognize ourselves. “We feel small, doomed, despairing,” she adds. Though the feelings might have originated decades prior, we keep excavating them and hauling them into the present. “Question your story,” Geneen advises. “Is it true? It may have been true when you were five years old, but it isn’t true now.” Realizing that, she suggests, makes it easier to quiet or even silence those old voices.

Another essential key to quelling obsessions around food and weight, Geneen says, is to note the many gifts all around us. “Not being aware of the lavish amount of goodness in our lives is like being given jewels and leaving them scattered on the ground,” says the author of This Messy Magnificent Life. “Take the goodness in. This will change your life.”

Geneen acknowledges, however, that noticing the good may not come naturally, because we’re wired to notice the bad (it’s called the negativity bias). To avoid potential dangers, like the possibility of a saber-tooth tiger lurking nearby, humans developed an evolutionary pattern of paying attention to what might be wrong in order to survive. “Unless you work on it every day, you live in this hyper-vigilant mode of seeing what’s wrong,” she says. “Most of us live in our thoughts, and over 99.9 percent of our thoughts are repetitive. We focus on the holes, and no goodness sticks.”

Rather than torment ourselves over the number we see on the scale, Geneen advocates shifting our attention to what is working in our lives—a positive interaction with a friend, a pet, even the local barista. “All this will eventually change the ground on which you stand,” she promises, adding that meditation helps because the breath anchors us in the here and now. “You land in the present moment when you meditate,” she says, “and you come to see what isn’t wrong.”

Still, for some of us, reaching for a piece of cherry pie or a box of cookies is highly tempting when we’re feeling triggered. “But that’s not true sweetness,” Geneen insists. “That’s distracting ourselves.” Rather than use food to avoid what we don’t want to feel, Geneen recommends turning toward our pain rather than away from it.

“Try to develop an ‘Oh, sweetheart’ relationship with yourself,” she says. “Put your hand on your chest. Talk to yourself as if you could talk to the hurt and say, ‘I’m sorry you’re feeling so hurt right now.’”

When we’re compassionate toward ourselves, when we aim to quiet the negative voices and notice the good in our lives, the result is that we start to come into our own power and build better boundaries. “We begin to realize that ‘I don’t want to’ is a complete sentence,” Geneen says. “We realize we have a right to be here. We can take up space. Weight isn’t the only metric by which we evaluate our lives. We come to have a whole variety of metrics.”

And when we stop the habit of eating to distract and numb ourselves, “food just becomes food,” Geneen says. “When you love yourself, you eat food to make your body thrive. You eat to take care of yourself. You become interested in what feels good.”

Sitting in a quiet café on a Saturday afternoon, I’m heartened by Geneen’s words. As I remind myself of the abundance of blessings in my life—from good health to caring friends to a safe and comfortable home to interesting work—I can feel the voice that tells me I’m not good enough begin to recede, even slightly. And when it does, I can imagine for a moment beginning to accept my body as it is right now.