Living Your Best Life with Inner.U 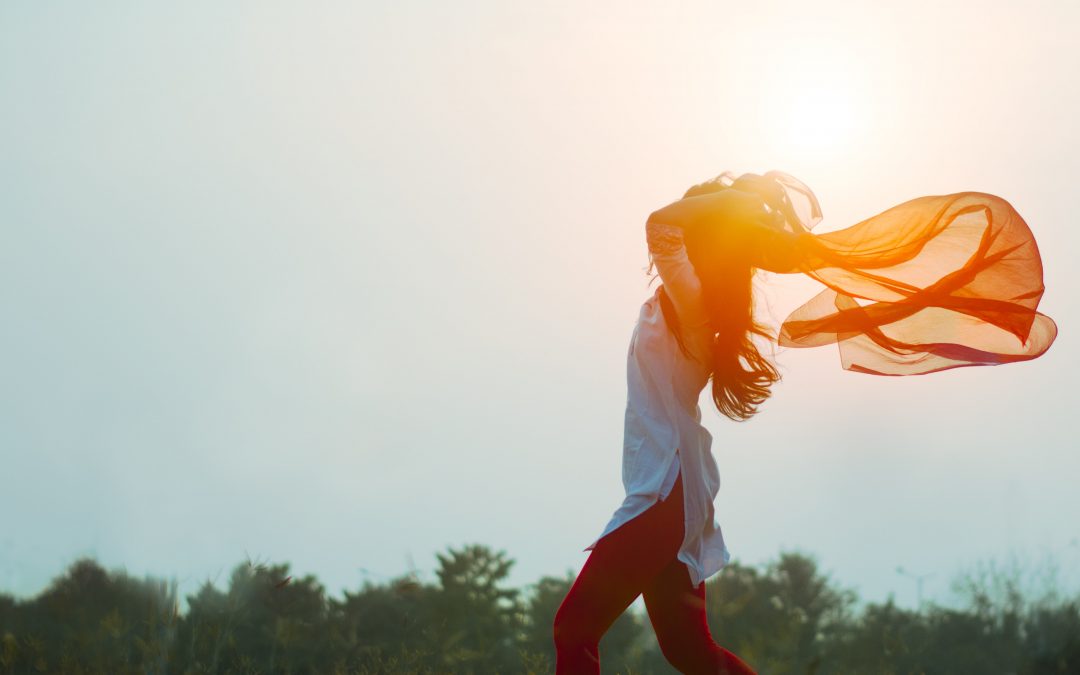 Growing up, I was one of those. You know, the irritating, exceptional student who showed up to every class fully prepared, having read every assignment, homework completed–not in a frenzy, but with attention and care. I studied hard for every test–even harder than necessary to ensure I’d get nothing less than an A. Excelling at school was relatively easy for me. But that was school. Excelling at life has proved harder. I suppose that’s not too surprising. Life is a lot more complex than school.

I took a 20-question quiz recently in which I had to rate my current life in all areas on a scale of 1-10 (1 for “excruciating” and 10 for “sublime”). I got a 5. When I scrolled beneath my lukewarm score, I read, “If your overall rating is a 5 or 6, you’ll have to go to battle not only with your head, but deal deeply with your traits, hauntings, theories, and beliefs.”

And that’s where The Handel Method (whose quiz I took) comes in. The Handel Method, also called Inner.U (https://www.inneru.coach/), is a 12-session, online, self-guided coaching course that gives people the tools to live their best lives. “I expect people to come out of Inner.U truly inspired by what’s possible in their lives now,” says Inner.U creator Lauren Zander, co-founder and chairwoman of Handel Group. Zander says she wants people’s actions to match their highest ideals for themselves, whether they’d like to lose weight, make money, find love, improve relationships, change careers, or just enjoy life more. The Handel Method is all about helping people “human” better, which Zander defines as “caring to your core, mattering to yourself, hacking into your entire life and seeing the whole picture and connecting the dots–because it’s all connected.”

Created in the early 2000s, The Handel Method has been taught in over 50 major universities and institutes of learning, including MIT, Stanford, NYU, Columbia, and in the esteemed CEMS Program at Vienna University of Economics and Business, one of the largest business schools in the world. A new and improved iteration of Inner.U was launched in April of 2019 and with a mix of openness and overwhelm, I decided to dive in and give it a go.

Each module consists of a few short audio lessons led by Zander, who explains that module’s assignment. The first one was a biggie. I had to write out my wildest dreams for twelve areas of my life: career, love, body, home, friends, spirituality, time, money, family, community and contribution, fun and adventure, and my relationship to myself. It took a handful of hours over a few nights, but it was admittedly fun to imagine my dream home, a peaceful refuge in a quiet wooded area in proximity to a pond, where the sounds of nature awaken me in the morning and lull me to sleep at night. And it felt important to write about my relationship to myself, to declare myself becoming easier on myself as I age, more accepting, self-loving, and compassionate rather than self-critical, my norm.

After I wrote out my twelve life dreams and shared them with three friends (a requirement), I had to rate my current reality in each of these twelve areas on a scale of 1 to 10. It gave me pause to see that I rated half of the areas of my life with a mere 4, which means, according to The Handel Group’s scale, that that area of my life is “getting to be intolerable, but not yet” and that it “requires a great deal of justification and/or denial to continue this number at a sustained rate.” Wow.

The area of my life that I rated highest was my friendships. I gave that sector of my life an 8: “a highly satisfactory state of affairs, a source of pride.” While a few friendships have been challenging over the years, I definitely have a meaningful circle of really lovely pals locally and in various parts of the country with whom I can be unflinchingly honest and who love and support me not for who they’d like me to be, but for who I am. It was heartening to see that that’s where I’m actually excelling most in my life at this time, but it was more concerning to see how many areas of my life are so many notches below where I’d like them to be.

The next assignment was to describe why my current reality in these twelve areas of life might not fully be what I’m dreaming of. A sobering task. Of course–surprise, surprise–the answer often had something to with me. After choosing three areas of my life I most want to work on, I had to identify how my inner dialogue keeps me from taking actions that could bring me closer to the dreams I most long to live.

Zander says we all have inner chickens, brats, and weather reporters that are masterful at coming up with excuses for why we can’t have, be, or do what we truly desire. Our inner chickens are our voices of fear and worry; they hatch plans to keep us safe. They’re even willing to watch our most treasured dreams slip away if there’s the slightest hint of risk. We might desperately want to lose weight and get in shape, for example, but our inner chickens cluck, “I can’t go to the gym. I have a weak back; I could injure it.” Our inner brats are our entitled inner children. Stubborn and manipulative, they’ll do anything to get us out of doing what we don’t want to do: “I’ll get to the gym soon enough,” they snap. “I just have to watch these YouTube videos first.” And our weather reporters state the facts as they see them, reporting on our lives like we have no control: “It doesn’t matter if I go to the gym,” they insist. “You know I can’t lose weight; I have a slow metabolism.”

Sifting through my explanations for why these twelve areas of life aren’t quite matching the dreams I have for them and highlighting every time I was being a chicken, a brat, or a weather reporter was the focus of Module 2. After that illuminating task, I had to write down new theories (basically, new thoughts) that support my dreams so I’m less likely to bang the “why-what-I-want-is-elusive” drum. When it comes to my body, a longtime source of frustration, two of my “weather reporter” theories were: “Maintaining the weight I feel comfortable at while also being able to socialize is unbelievably challenging,” and “Staying lean involves so much restrictiveness and rigidity with food that it’s no fun and too hard to sustain.” Honestly, I still read those statements and feel like they aren’t exaggerations, but reading them also makes me wonder–with thoughts like those running the show—whether losing 10 pounds and keeping it off might actually be easier if I could come up with new thoughts that support what I want to experience instead of thoughts that so frequently reaffirm what I don’t.

And so I did: “I can maintain the weight I feel comfortable at while also being able to socialize,” and “I can stay lean by eating smart without being restrictive and rigid. It’s fun to maintain my lean frame.” The trick is to look for evidence that these theories are true and make note of them, enhancing their believability.

Personal integrity was the centerpiece of Module 3. Zander defines personal integrity as “the ability to make and keep a promise to yourself that’s a match to your dreams.” It’s the alignment of your heart (your desires), your mind (your plan), and your body (your actions). But in order to make and keep promises to ourselves, we also need to become aware of the excuses we make that keep us from challenging ourselves in ways we’d rather not be challenged. The Handel Group identifies eight:

* The “Don’t Care Excuse,” as in, “I’m not applying for that job. It’s not really interesting to me, and it would probably be too much work for too little pay anyway. I’m not into it.”

* The “Passive Excuse,” as in, “I couldn’t get to spin class this morning. There was so much traffic. It was just beyond my control.”

* The “Everyone Else Excuse,” as in, “None of my other married friends are having sex with their husbands, either. It’s OK. We’re all in the same boat.”

* The “Past-Precedent Excuse,” as in, “No matter how many therapies I’ve tried, I’ve never been able to get over my fear of flying, so why would this therapy be any different?”

* The “How Things Are Excuse,” as in, “I come from a screwed up family. I have a history of dysfunctional relationships. A happy and healthy relationship just isn’t possible for me.”

* The “Done Enough Excuse,” as in, “I’ve already written a book, produced a podcast, and given a TED Talk about pastry-making. What else could I possibly have to do to get hired as a pastry chef at a five-star restaurant?”

Can you guess what the next assignment was? Write down my top three “favorite” excuses that keep me from doing what I know I need to do to manifest the dreams I want most. One of my favorites, of course, was the Past-Precedent Excuse: “I’ve lost the same 10 to 15 to 20 pounds more times than I can count, but it always eventually creeps back on. Why would I be able to lose the weight and keep it off this time?” I have a handy “How Things Are Excuse” and a “Victim Excuse” that seem to keep my romantic life and my relationship to myself at a standstill, too. Sigh.

It’s not enough just to make promises, though. I also had to come up with consequences for promises not kept. Zander says consequences incentivize us to hold to our promises more than rewards do. When we’re forced to give up something we love–our daily latte, our favorite show—every time we don’t keep a promise, we’re more apt to keep our nose to the grindstone. The program also has you connect with an online buddy who holds you accountable. (I’m still waiting to connect with mine).

There are 12 modules in Inner.U, so I’m a quarter of the way there. It’s my intention to pick up speed and move through more than three modules next month (let’s see how well I keep that promise). Some people complete Inner.U in three months; for some, it might take six. Because it’s a self-guided course, it’s really up to the individual. Zander says that over 1,200 people—including top CEOs, famous actors, and award-winning musicians—have now gone through the program, which she says “forever kicks your but, but, but.”

“Everyone thinks change is hard and impossible,” Zander remarks. “We haven’t even begun to face our potential and how fast humans can actually change. The Handel Method and Inner.U prove how very wrong that is, quickly.”