How to Build Emotional Courage 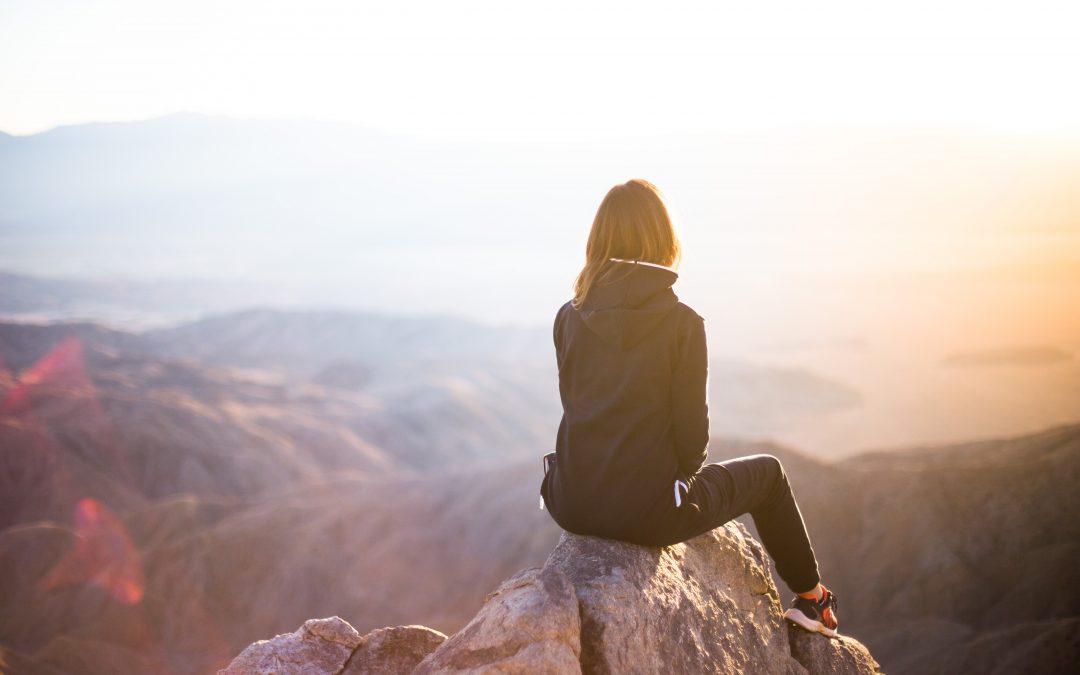 I think of myself as a fairly gutsy person. Though I grew up in a Midwestern suburb with a stay-at-home mother and a business executive father, I chose to go to acting school in New York City, where I had no ties and knew no one. I’ve moved from one state to another (without work) four times, trusting I’d eventually find my way. I agonizingly left an 18-year marriage in part because I didn’t want children, and it seemed unfair to prevent my ex-husband, whose desire to be a father was growing, from the opportunity to parent.

Despite the strength that I’ve summoned at certain times in my life, over the last seven or eight years, I’ve lacked the wherewithal to take an important step in my personal life. When I think of how my fears have held me back from achieving a very precious dream, I shudder and ache.

Kripalu presenter Peter Bregman knows just what I’m talking about. A best-selling author and advisor to CEOs and senior leaders at the world’s premier organizations, Peter says that emotional courage is what I require. “Emotional courage is like a magic key,” he says. “It fixes every problem. No matter what the problem is, emotional courage can solve it. It’s as close to a magic bullet as anything I can think of.”

Following through on things that don’t matter much isn’t so hard, but what’s important to us is often scarier. “If I know I need to have a difficult conversation with you,” Peter explains, “I may procrastinate because I’m afraid of feeling anger, shame, or disconnection. If I want to start a new project, I may have to risk feelings of failure. But if I’m not willing to feel my feelings, then I won’t try in the first place.

“Just think about something you’ve been wanting to do but haven’t: losing weight, declaring your love, starting a company, writing a book. If you think of anything you haven’t done but want to do, and look underneath it, you’ll find something you’re afraid of that keeps you from taking action. When you have the courage to feel your uncomfortable feelings, though, you can follow through on what’s most important to you.”

It’s not necessary to be the leader of a team, an organization, a military squad, or a country to benefit from developing emotional courage. In fact, Peter points out that the title of his latest book, Leading with Emotional Courage: How to Have Hard Conversations, Create Accountability, and Inspire Action on Your Most Important Work, contains an important double entendre. On the one hand, it refers to leading others, but it also means starting with emotional courage, putting it at the forefront of how we navigate life.

“This is about self-leadership as much as it is about leading others,” he says. “You could be a 10-year-old kid or an 80-year-old grandmother or a 50-year-old business executive or a 35-year-old parent—and emotional courage can help you. Taking strong steps in your own life is leadership. You don’t have to be in charge of other people to be a leader. It’s an act of leadership to write a poem.”

To develop greater emotional courage, Peter suggests that we try the following exercises.

Think of something you find very difficult to resist, but want to stop doing. Maybe it’s overspending, eating too many cookies, or talking too much in meetings.

“Make a decision not to do what you want to stop doing,” Peter explains, “and then put yourself in a situation where you’ll be tempted. Walk into a bakery. Go slowly. Look at the cookies. Smell them. Feel the temptation in your body. Where is it located? Allow yourself to experience the sensations and the temptation, but don’t break the commitment. You might find you even enjoy it. Just smelling the cookies could actually be fun.” Peter says this exercise helps to grow the capacity to feel things that in the past may have manipulated our behavior.

“Increasing your willingness to feel tempted is a powerful skill,” he continues. “When temptation doesn’t break your commitments, then you’ve built your emotional courage muscle. Emotional courage is a muscle. We have to exercise it.”

Peter says that we can increase our capacity to take risks by practicing in situations in which the perceived risk is higher than the actual risk—that is, risks that are fairly inconsequential.

“For example,” he says, “go into a restaurant and tell the waiter you have some dietary restrictions and then let the waiter order for you. Or speak up in a Kripalu program when you normally wouldn’t. This is about taking a risk in which you’re forced to feel something, but the outcome isn’t a huge deal. You have to work on trusting whatever the waiter brings out or the anxiety of speaking up in a group, but you know you’ll be fine either way.”

Peter says that risk-taking practices like these build the emotional courage muscle and increase our willingness and capacity to take bigger risks in the future. “The consequences are small,” he says, “but you’ll still feel things. Small risks are a good way to stretch yourself.”

Resisting temptation and taking risks are important leadership skills, but so is something as seemingly passive as listening. “Being willing to listen to divergent viewpoints might be our greatest chance at peace in this world,” Peter notes, “or at least in our families.”

To practice listening, Peter suggests that, when you’re engaged in a conversation and you have a strong opinion about the subject at hand, ask questions rather than sharing how you feel about it. “Listening isn’t just about not talking,” he explains. “There’s tremendous emotional courage involved in really listening to something we disagree with.”

Another way to develop emotional courage is simply to admit when we don’t know something. Ironically, the willingness to admit ignorance reads as strength. “It requires a lot of courage to be open and vulnerable,” Peter says. “Arrogance is born out of insecurity. True confidence is deep security. When we build emotional courage, we can be open and vulnerable even in the face of criticism. It doesn’t knock us off our feet because we have the willingness to feel what we’re feeling.”

The bottom line, Peter says, is that we cannot stay emotionally comfortable and still achieve our full potential. “Your comfort zone keeps you in a box,” he concludes. “Your full potential expands the box, and that requires emotional courage.”