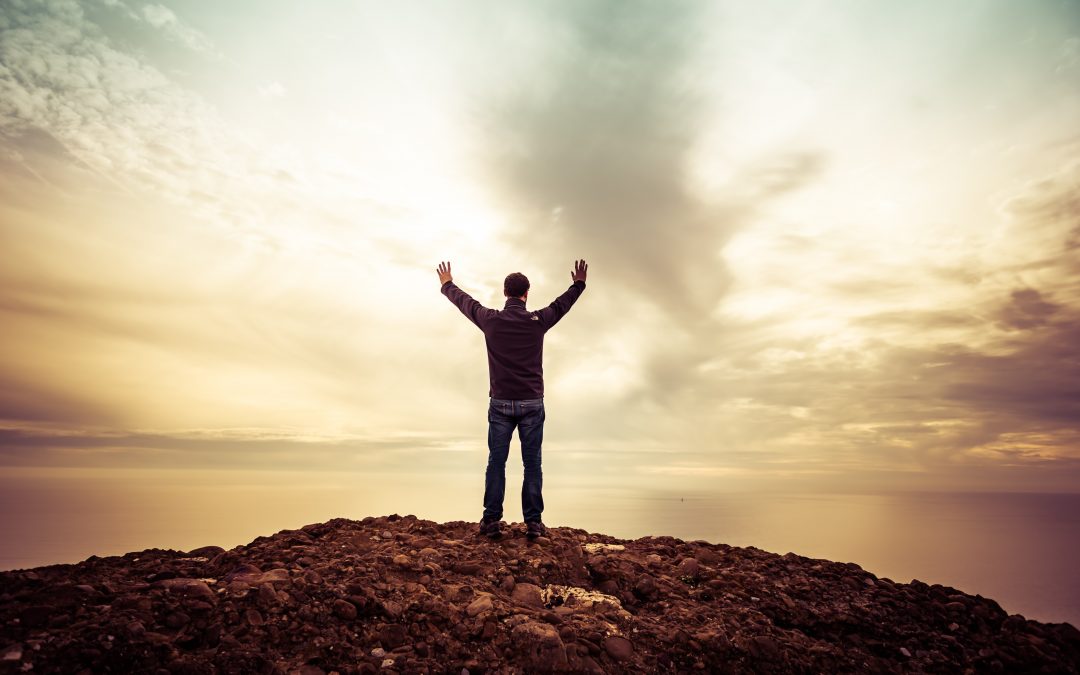 When I moved to Los Angeles some years ago, I started taking a writing class with a teacher who wanted us to start the class as centered and alert as possible. Before we began writing, she’d have one of her students lead us in Kundalini Yoga. I always enjoyed the experience, but there was one exercise that tested me like no other. It still does. I know because I recently gave it another shot at the suggestion of Kia Miller, my Kripalu Perspectives podcast guest and a well-respected Kundalini Yoga instructor. It’s called Ego Eradicator.

“When you practice Ego Eradicator,” Kia says, “you have the opportunity to bring your small self in line with your higher self. Your ego is invited to surrender.”

On a more practical level, the exercise is also purported to oxygenate and purify the blood, increase blood circulation, activate the digestive system, clear out mucus, and enliven prana, the life force.

“You’ll start to feel a subtle shift in your life if you do this regularly,” says Kia, who adds that the practice opens the heart and expands the aura.

If you’re not pregnant or menstruating (contraindications include the second and third trimesters of pregnancy and the first three days of a menstrual period), then you might want to give it a try. Here’s how:

Sit cross-legged on the floor with your spine upright. Stretch your arms above your head in a V-shape. Curl your fingers downward, bending them at the knuckles so that your fingertips touch the tops of your palms. Stretch your thumbs away from your palms so they’re pointing towards one another above your head. Relax your neck and shoulders. Close your eyes and roll them upwards, toward your third eye. Sounds easy enough, right?

The next part is where I buckle—it’s called Breath of Fire. In a nutshell, with your arms raised above your head and your hands in the aforementioned position, imagine there’s a balloon in your belly. Squish the air out of the balloon by exhaling sharply. As you do, consciously move your navel upward and inward, toward your spine. Passively allow air to rush back into your imaginary balloon on the inhale. (In a nutshell, pant like a dog, but with your mouth closed). Breathe at about one breath per second to begin, which you can double or triple with experience. Try this for three minutes and build up your endurance over time.

When you finish, touch your thumbs together, hold your breath, and then exhale and sweep your arms downward with your eyes closed. With your palms facing upwards, rest your hands on your knees and tune in. Notice how you’re feeling.

I rarely got that far when I would practice. The muscles in my diaphragm and arms would feel so weak that I could sometimes barely sustain 30 seconds of Ego Eradicator. The pain would overtake me, and I’d give up quickly. Kia tells me that contrary to what I think, I was–and I am–more capable than I realize.

“It’s not an issue of strength,” she assures me. “It’s an issue of withstanding the momentary stress of doing something you don’t normally do. If you react right away, you aren’t giving yourself the ability to hold steady during stressful times.”

I know what she means. Sometimes I’m in a pose like the Warrior and my muscles feel like they can’t hold on any longer; however, when I stay with the sensations rather than resist them, they diminish and I can go beyond what I thought I was capable of.

Kia says Ego Eradicator is one of the more transformative Kundalini exercises. I believe her, but I also know we all transform in our own time. I’ll give Ego Eradicator another shot tomorrow. The roots of my ego, it seems, are a bit deeper than I thought.