Family Constellations: Resolving the Past 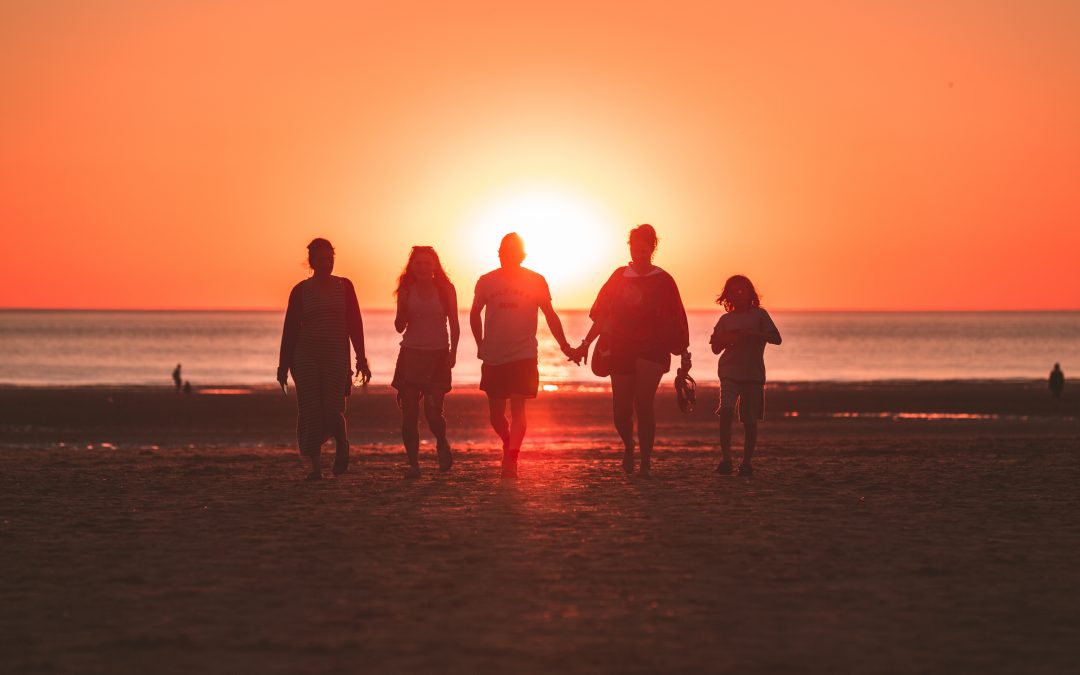 When we look at family photographs, it’s easy to see where our physical characteristics come from. We may have our fathers’ smiles, our mothers’ eyes. Our grandfather may have had long, skinny legs and so do we, or our curly red hair might be the spitting image of our great aunt’s. We know why we look the way we do.

We often chalk up mental and emotional characteristics to family members, as well. “She’s got her father’s tenacity,” we might say. “He’s the life of the party,” we might remark, “just like his mother.” We accept that talents are passed down through the genes, too. We may have a parent’s or grandparent’s athleticism, way with words, or musical aptitude.

If we’re stuck in our lives, though—in a marriage or a job that doesn’t suit us, or trying to break free of depression or addiction or loneliness, or butting heads with a child we just can’t seem to reach—we don’t necessarily link it back to a precipitating event in our family history that’s been passed down in our genetic line.

“Ancestral patterns are embedded in our DNA, and they’re unconscious,” says Suzi Tucker, a Kripalu presenter and a facilitator of Family Constellations. Developed in the late 1960s by Bert Hellinger, a German psychotherapist and former Catholic priest, Family Constellations is a therapeutic method that aims to create peace and healing around the longstanding effects of unresolved familial conflicts. The process connects individuals with their ancestral lineage, as well as with unrecognized family dynamics that have spanned generations and—unbeknownst to them—may continue to exert a detrimental influence.

“Often there was a traumatic event that happened generations ago,” explains Suzi, “and the pain and suffering of that event was passed down to us. By the time it’s passed down, we no longer know what the experience is.” Though we may not know what happened generations back to cause the pain, Family Constellations works on the belief that an invisible emotional domino effect occurred nevertheless.

“When I work with people, I ask specific questions to uncover the trauma language they carry,” says Kripalu presenter Mark Wolynn, director of the Family Constellation Institute in San Francisco. “I’m interested in the emotionally charged words they use to describe their fears and symptoms. These words often form a breadcrumb trail that can lead us back to a traumatic event in their family history, to a trauma they may have biologically inherited from their parents and grandparents.”

Family Constellations works in groups of approximately 10 to 40 people. Everyone sits in a circle, along with a facilitator. One person in the group shares an issue, such as “I’m stuck in a loveless marriage,” “I’m estranged from my daughter,” “I always feel separate and alone,” “I’ve been trying to quit drinking for years but can’t,” and so on.

The facilitator then begins to ask factual questions about the family. “We’re looking for an event,” explains Suzi, “that had the power to shift the course of the family in a profound way, a moment when the vocabulary of love may have become rigid or narrow—the early death of a parent, escape from a war-torn country, maybe slavery, a miscarriage, an abortion.”

As representatives report their experiences, Tucker says that a picture begins to arise that helps explain how the client’s issue may be entangled with a precipitating issue in their family history. “Making that link,” notes Mark, “can give us the context that finally explains why we feel the way we feel.”

“It sounds crazy, but these can be miraculous sentences,” Suzi says, adding that Hellinger believed that healing was about reconciliation, and that reconciliation was about bringing parts that have been separate back together.

“Family Constellations offers a paradigm shift,” Suzi says. “In the end, when a mother and a father—and the ancestors behind them—are able to say, ‘Yes, it’s so good to see that you go on, there is nothing for you to do back here,’ it can provide access to the fresh wellspring of life. Old loyalties can be released. New resources can be gathered. Resolution happens.”