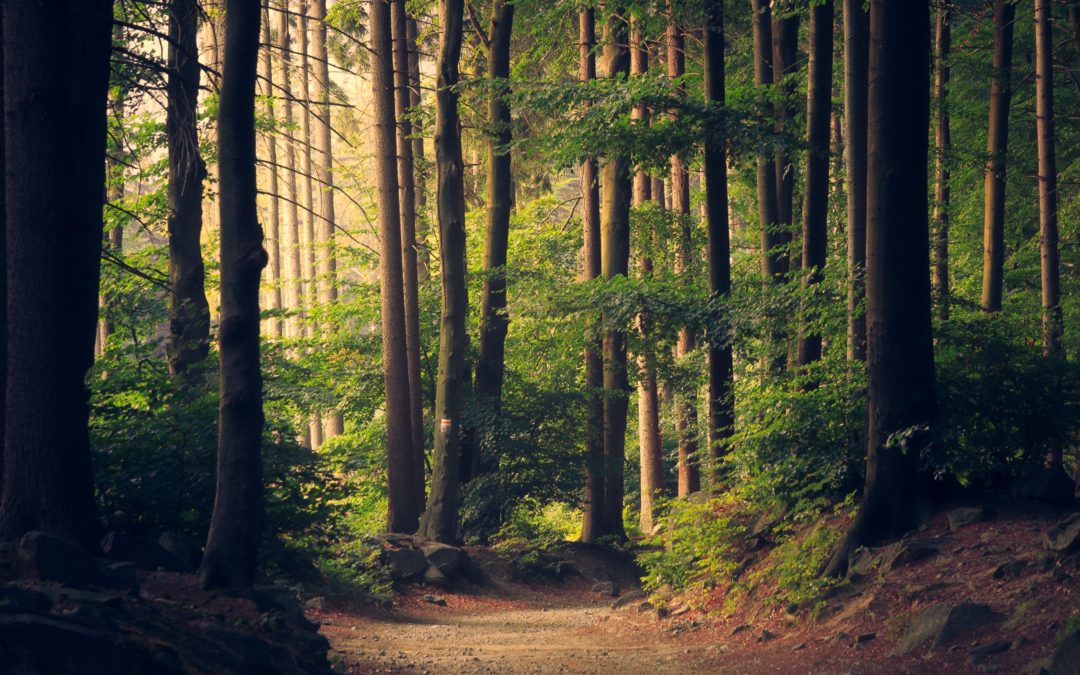 I called New York City home for almost eight years. I went there to attend college and stayed. As a young person, I loved the vibrancy of the city, the choices it offered, and the creative, intelligent people it seemed to attract.

After about six years in Manhattan, though, I started to feel a longing—for nature. A friend had a cabin in Vermont, and I went up there with him and his boyfriend for a long weekend in June. My second morning there, I got up early and decided to explore the surroundings on my own. As I strolled along unpaved roads and gazed at meadows dotted with wildflowers, I came upon a path that led to a stream in some nearby woods. I followed the path and sat down cross-legged by the water. I listened to the buzz of the bees and the gurgling of the water. I observed butterflies dancing in the sunlight, and smelled the freshness of the trees and the morning air. I ran my fingers over grass and pebbles. I closed my eyes, drank in my surroundings, and breathed a deep sigh of relief. It felt so nourishing to allow myself just to be. The invisible cords of tension that were wrapped around me began to unwind. I’d never been to Vermont before, but I felt like I’d come home.

According to Kripalu Yoga teacher and certified personal trainer Sarajean Rudman, I wasn’t just enjoying some downtime in a pretty place on that magical morning. I was actually doing something good for my health.

“When we commune with the outdoors, we physically connect to the natural rhythms of nature,” she says. “Breathing fresh air, especially in the forest, can have a biochemical effect on the body. The phytochemicals from the smell of pine trees create a buffer for the stress hormones that can run high in our daily lives. Getting an hour a day in the woods can truly change the level of stress the body experiences.”

Back in my friend’s rustic cabin that night, I slept the same numbers of hours I would have in my Greenwich Village studio, but I felt so much more rested when I woke up. Sarajean says that’s no accident. “In our modern life, we’re exposed to exceptionally high amounts of artificial light and unnatural sounds,” she explains, “like computers, television, and phones, which interrupt the circadian rhythms. Getting outside puts us back in touch with the light-dark cycles that our bodies function best on, so we end up getting a more restful and complete night’s sleep.”

Another thing I noticed during my first weekend in Vermont was that I was more attuned to the divine energy all around me. Sarajean says there’s an expansiveness in nature that “allows for the unknown, the auspicious, and the magical. Getting outside at sunrise and again at sunset can be a truly special time to set intentions, pray, or meditate under the canopy of the color-changing sky.”

If your time for being outside is limited, Sarajean recommends getting out in smaller spurts throughout the day, rather than one block of time, to continuously give the body messages about where it is in the light-dark cycle. Ideally, get outside for a little while in the morning, around noontime, and again in the evening.

Whether you’re hiking, running, skating, snowshoeing, swimming, kayaking, strolling, or lolling in the grass, Sarajean says you can benefit from bringing the practice of yoga to outdoor time—and that doesn’t just mean postures. “Yoga is the act of linking body and mind,” she says. “When we’re moving or acting with awareness, we’re doing yoga.”

She suggests anchoring your attention so it doesn’t wander. One way to do that is to activate your senses while taking in your environment. For example, while taking a walk, you might say to yourself, “I’m aware of the trees swaying in the breeze. I’m aware of the birds chirping. I’m aware of the smell of the burning leaves.” In that way, whatever activity you’re engaged in—even if it’s just sitting still—can become a kind of meditation.

I didn’t realize it then, but that’s what I was doing on that June morning in Vermont when I was sitting by a gurgling stream in the woods, noticing the beauty all around me. I was meditating; I was doing yoga. I was in a heightened state of awareness, and it was producing feelings of gratitude for all that surrounded me.

I was so taken by that weekend that, two years later, I left New York City and moved to the Green Mountain state. I stayed for 10 years. I still carry my experience in Vermont in my bones every time I venture into nature and notice how instantly I begin to feel myself unwind.