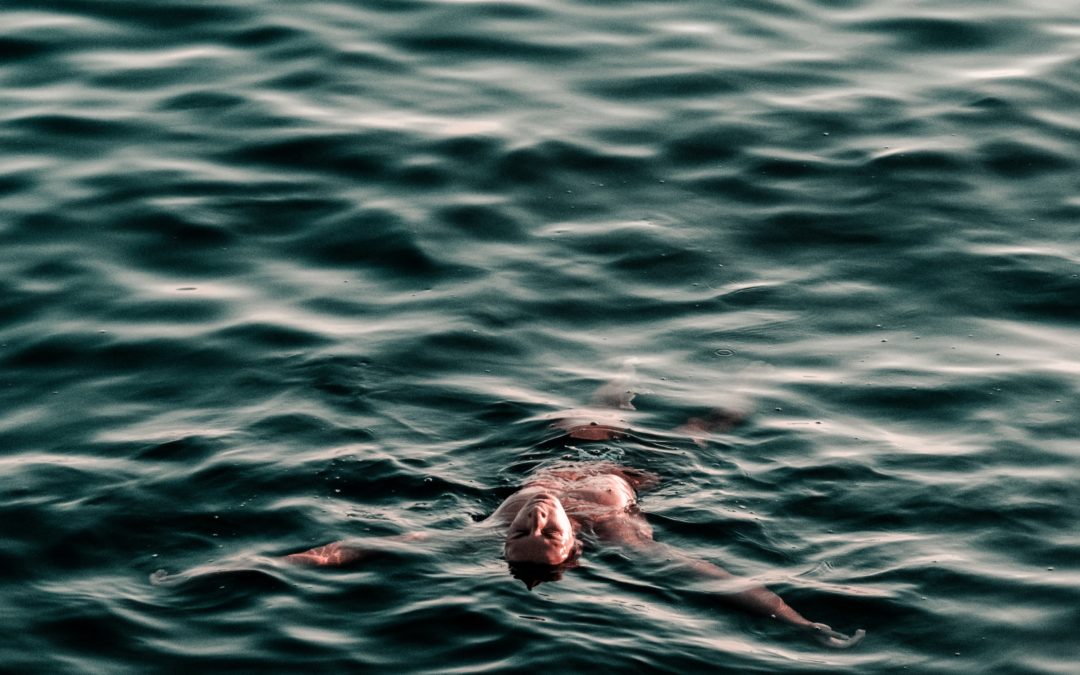 Three mornings a week, I get up early and head to a gym where I work out with a trainer. He has me do lunges and sumo squats; he works my triceps, biceps, and back muscles with free weights; he directs me to hold planks and do sit-ups on an ab bench. I do three sets of each movement in succession. After all, I want to be healthy; I want to be strong; I want to be toned.

Robin Becker wouldn’t fault me for my efforts, but she’d suggest that I’m not seeing the whole picture. “When we work out, we compress our tissue,” says the longtime Continuum teacher, authorized by Continuum founder Emilie Conrad. “Tissue like this is not very open to what’s going on with someone else or with the environment because it’s so compressed. When you do repeating movements again and again, you might be sweating, but you’re not bringing any new neural food into your brain.”

According to Robin, Continuum, on the other hand, does bring “new neural food” to the brain in part because it’s not based on repetition—and there’s a reason for that. Founded in 1967, the contemplative somatic practice is based around the understanding that the body is comprised of approximately 70 percent water, which is in constant motion.

“We’re like walking oceans,” Robin says, emphasizing that the movement of water has shaped all life forms—from an embryo’s development in the fluid environment of its mother’s womb to the arcing shapes of trees, meandering rivers, curved stones, unfurling plants, and the wavelike landscape of mountains. “Western culture tends to emphasize static form and facts,” she notes, “but the perspective of Continuum is that all form is the result of movement. We think that if we’re just sitting still, we’re not moving, but Continuum says that we are movement, that all communication within the body happens through fluid exchange.”

Robin reminds her students that repeating systems of movement, such as ballet, yoga, or Pilates, are like languages we learn to master, but that one of the primary qualities of water is that it never repeats itself. “Continuum is a process of really exploring the very substance of the body before one goes to speak a language,” she says. “I reassure everyone that Continuum isn’t supposed to replace the exercise system you love—it’s to enhance to it. It’s to bring even more awareness of yourself—more volume, more life force, more vitality to what it is you’re doing.”

Practiced solo or in groups, Continuum is comprised of breath, sound, and movement practices that provide the context for various personal movement explorations, called “dives.” Though it’s possible to begin seated, people usually begin lying on the floor, where they start to pay attention to how the breath is moving in their bodies.

“We might make a sound, like an ‘oh’ or an ‘eee’ sound,” Robin explains. “Then we allow the sound to penetrate the tissue of the body, like a type of touch or a type of energy entering the body so the tissue can absorb that food. The sound becomes like nourishment. Then you pause to listen and see what type of movement emerges. In Continuum, we stop being the doer. The choreography starts to be done by the fluid interior. It’s quite thrilling when you feel like you’re being moved instead of moving.”

Robin notes that Continuum enhances health because it creates opportunities for more space and more relationships within the body. “In Continuum, one cell might say to another cell, ‘Hey I didn’t know you were here. We were too crowded to notice each other, but we could be friends. We could start a new neural connection.’”

The benefits extend to healing chronic conditions, she maintains. Some multiple sclerosis sufferers find they have almost no symptoms as long as they engage in the fluid process of Continuum for about an hour a day, Robin says. “It’s also a huge success with spinal cord injury,” she says. “You might not be able to fix what’s broken, but you’re able to help the body return to fluidity and innovate new neural connections. One woman who came to Continuum immediately after a car accident regained bladder control after only three years, which is pretty remarkable.”

For some people, the fitness component of Continuum is most appealing. “It’s based more upon the model of an octopus, which we now know is the strongest animal in the ocean,” Robin says, “versus the model of a machine. An octopus has no bones. With Continuum, you’re working a lot with the fascial system. You’re moving in all directions so you become a very adaptable human.”

For others, like Robin, Continuum is a spiritual practice. “It’s been the path for me to experience life as a unified whole,” she explains, “where I start to feel the resonance between my body and a tree, the resonance and communication between me and another person—before one word is said. There’s a huge level of exchange.”

While Western culture has a bias towards rational thought, believing it’s the only kind of intelligence, Continuum looks to the body for wisdom. “We forget the significance of the body and the different levels of cognition,” Robin says, referring to sensory cognition, emotional cognition, and cosmic cognition. “Continuum is the container that that brings it all together. When you practice it, you feel a realm of possibility. The spirit of learning and curiosity and renewal really emerges. It’s such a profound practice.”