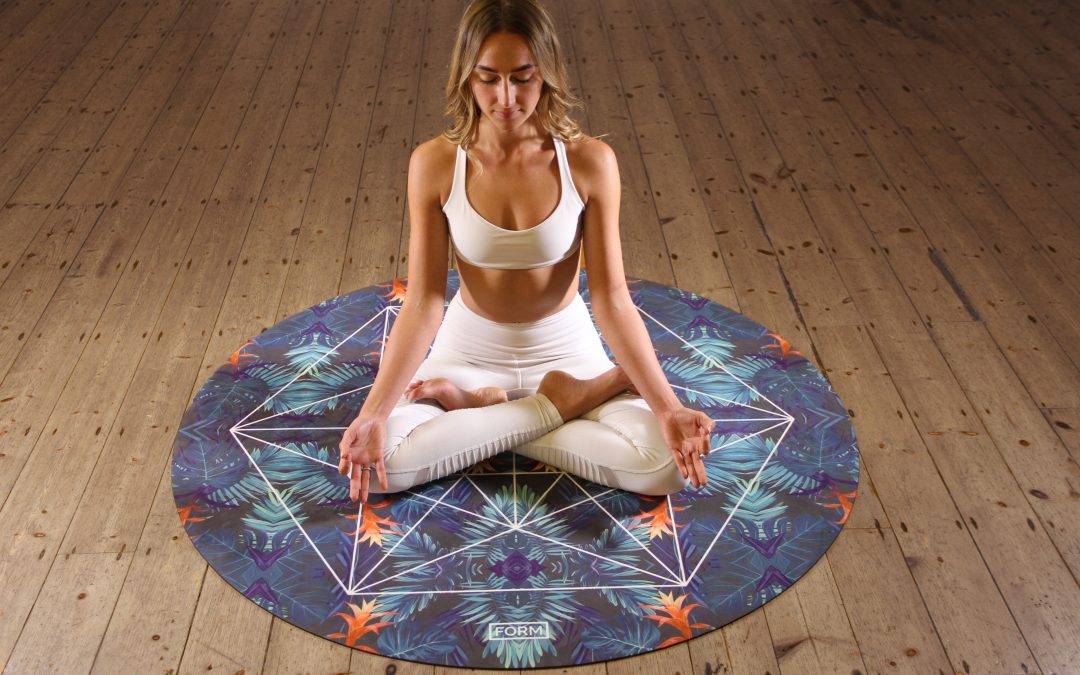 I’m a very grounded person. People use that word to describe me all the time. I’m down-to-earth, practical, not easily swayed by trends. I have a strong sense of self. While I appreciate my inner sturdiness, I know that my spiritual muscles, so to speak, are weaker. I don’t feel a strong connection to that which is invisible. I’m not as in touch with my intuition as I’d like to be. I’m not the type to say, “And then a little voice told me to turn right, and so I did.” I don’t hear the little voices, but I’d like to.

Spiritual teacher Anodea Judith, author of Creating On Purpose and a leading authority on the chakra system, might say that my crown chakra is deficient and in need of energy. In case you’re unfamiliar with the seven chakras that run from the base of the tailbone to the crown of the head, Anodea describes them as “centers of organization for the reception, assimilation, and expression of life force energy.”

When we’re young and encounter a difficulty, she says—perhaps being bullied at school—we increase or decrease our energy to avoid the threat. Some of us might become belligerent to fight off the bullies; others might hide in the bathroom when they appear. As a result and over time, we develop deficiencies, excesses, and blockages in our energy centers. “Then we’re out of alignment,” Anodea explains, “and we have less energy available for the connection between heaven and earth,” which can lead to physical, mental, emotional, and spiritual challenges in our lives.

But through yoga, visualization, breathing exercises, chanting, and meditation, we can clear out, energize, and balance the chakras, enhancing our connection to the Divine. “The chakras are a map of the journey to consciousness, a profound formula for wholeness,” says Anodea, adding that as we awaken to a greater presence within, we become better workers, parents, spouses, and friends.

I asked Anodea if, rather than taking me through individual exercises to address each of the seven chakras, she could offer up one exercise that could help me address them all. Her recommendation was the Basic Hook-Up.

For this exercise, you can stand or sit cross-legged. I chose the latter and, as I did, I followed her instruction and imagined dropping my tailbone into the earth and lifting my crown up to the heavens. “You’re extending the two ends of the spine,” Anodea said. “It’s like the beads on a necklace. As one end lifts up and the other descends, the chakras start to move into alignment.”

I don’t know if my chakras aligned as I practiced the Basic Hook-Up, but I certainly had an unusual experience. While dropping my tailbone into the earth felt easy, lifting the top of my head to the heavens felt more unfamiliar, foreign. And yet, as I continued to focus on elevating my crown away from my spine, my eyes began involuntarily rolling upwards and my eyelids fluttered involuntarily, too. This has happened before when I’ve done regression work or undergone hypnosis. When it does, I know it means that I’m entering a deeper state of consciousness. I allowed myself to breathe with my upward-rolling eyeballs and my fluttering eyelids. I felt a sense of spaciousness, a sense of being more than the body I inhabit. I knew in that moment that I’d likely activated my connection to something deeper than my very active brain. I suspect that I activated my seventh chakra, which is the connection to the world beyond, to a timeless, spaceless, all-knowing wisdom. This is the part of me that often lies dormant, but it’s the part I’m yearning to know.

Funny how one simple exercise practiced for all of five minutes in the center of my living room floor connected me to something greater than myself. Maybe it isn’t as hard as I think it is to transform. Maybe it’s just a matter of turning simple practices into habits so that I can inhabit more of myself.